What is a Rolling Fund?

Rolling funds are a new breed of investment, but the concept is straightforward. Also known as subscription funds, rolling funds were rolled out by AngelList in February 2020, and have grown exponentially.  Structured as limited partnerships, each quarter a new fund is offered, but the terms of the new fund are basically identical to the former fund. This pattern continues for as long as the fund operates. “Rolling” refers to the fact that these funds remain open to new investors each quarter as fund managers market them to the public.

In a rolling fund, managers do not need as much capital to start investing because they can continue marketing to new investors. Rolling funds are designated as falling under Rule 506© by the SEC. This designation allows managers to market their funds publicly, which is not permitted under Rule 506(b), which applies to venture capital funds. The language is clear under 506 (b): “The company cannot use general solicitation or advertising to market the securities.”

AngelList’s platform offers opportunities for new fund managers to start a rolling fund. Its structure includes all necessary legal documents and regulatory filings, as well as tax forms, marketing materials, special purpose vehicles, and bank accounts. Its portfolio management software provides valuations along with company tracking. For investors, the AngelList rolling fund dashboard automatically renews the subscription. AngelList only permits accredited investors to take part. A great benefit from a fund manager’s perspective is that the platform oversees the eligibility of accredited investors.  For all intents and purposes, AngelList handles all back-office work.

Get the process started by filling out this form.

In less than a year, in a year that will go down in history due to the pandemic and its economic repercussions, more than 70 rolling funds have been created via AngelList. What is not known is the precise amount of capital raised through rolling funds. The trend, however, is clear. By the end of 2020, it is likely hundreds more rolling funds will exist.

Let’s start pointing out the differences between a rolling and traditional venture capital fund by examining the required funding – and that difference is stark.

With a rolling fund, fund managers can get started with relatively little capital. There is a tremendous advantage for fund managers in that money is raised by quarters, rather than an intensive effort fundraising taking a year or more.

Rolling funds open up opportunities for investors who previously lacked access to venture investing. These opportunities are particularly valuable to SaaS and B2B entrepreneurs. There is flexibility with rolling funds far superior to the traditional venture capital route.

Traditional venture capital fund managers raise funds privately, behind closed doors, which translates into more seasoned investors. This generally involves the fund manager targeting high-net-worth individuals and families and institutional investors. Individuals must have a minimum net worth of $5 million. This approach leaves newer, smaller investors out in the cold. For a model seeking innovative products and services, traditional venture capital is anything but innovative.

Rolling funds depend on angel investors. While some institutions have committed to rolling funds, to date the major commitments have come from individuals willing to invest specific amounts every quarter. This type of angel investing allows them to participate in the earliest phases of venture assets without locking them in for a decade.

For an angel investor, minimum term commitments make rolling funds an attractive option. They can commit per quarter, for four quarters, or up to four years.

Keep in mind that rolling funds may experience more volatility than traditional venture capital raising. That’s because limited partners must make investment contributions every quarter. If there is a payment issue, it is conceivable that a limited partner could drop out.

Many rolling funds avoid this potential issue by requiring a certain time commitment of the limited partners, usually four quarters. When that first year has passed, the investor can then determine whether they want to invest on a quarterly basis.

Of course, you must have a brand history before starting a rolling fund in order to attract angel investors. Decide on a limited partner minimum and commitment length. Then begin contacting potential limited partners. Initial limited partners may include friends, colleagues, and other investors, who all have one thing in common: They know you and trust your investing prowess.

Once you obtain these primary angel investors, set up your rolling fund with AngelList. Once set up, announce your new venture via a website and landing page, Google forms, and direct messages to potential angel investors. Of course, you can add your AngelList rolling funds link directly.

Once you have raised money for your rolling fund, you can concentrate on building it by seeking early prospects and assisting their founders – and your investors –in achieving great success. 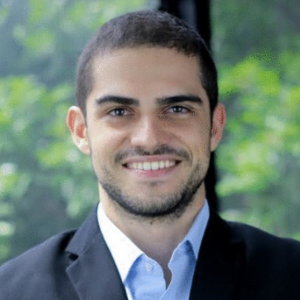 Managing Partner at SaaSholic, early stage micro-VC focused on LATAM SaaS. Gustavo is lawyer by formation but he found in sales+marketing his areas of true interest and excellence.