A brief summary of deals in Brazil, using dealbook.co data

2017 was a special year for startups in Brazil. The “real world” economy is showing early signs of recovery, but on StartupLand, things seem to keep moving fast towards growth.

As a maintainer/curator of the the Brazil Startup Dealbook I decided to take a look at this year’s deals in venture capital and M&A in Brazil. So, here’s some interesting data about our 2017’s deals I grabbed from dealbook.co:

Numbers are not closed yet, but… GOOD SIGNS!

2017 was a very interesting year, with slightly less disclosed investment deals and acquisitions, but exciting numbers. Looking at disclosed deals (the ones that shared their round sizes) it’s clear that it was a big year. U$992m were deployed, compared to U$1.25B in 2016.

Both numbers of investments and M&A deals are down around 20%, (189 vs 153 rounds, 38 vs 31 M&A deals), but this is probably due to closing these numbers before the end of the year and to the fact that the deals that went down in the last 2 months are probably not disclosed yet.

This doesn’t mean the number of new deals are decreasing. A lot of deals get disclosed only a couple months after they’ve happened and the Dealbook is constantly updated with deals that happened in the previous years.

Stay tuned, these numbers will be updated by end of Q1 2018.

Although check sizes remained the same in the earlier stages, and are down in Series B investments, they are significantly bigger in Series C. Which means even with a similar quantity of rounds, the check sizes are going up for disclosed deals. The average Series B round is now at U$8.57m and the Series C is at U$43.28m.

Although the amount of money for early stage investment (Seed/Series A) remained almost stable, it’s clear that there’s a lot of growth in later stage rounds. These tend to be bigger rounds, but last year we had several C, D & E rounds.

This is the year we got our first Unicorn, 99, so it seems to be starting well! Looking forward to hear your thoughts on my analysis! I wish an amazing new year for startups and VCs in Brazil in 2018. See ya’ll! 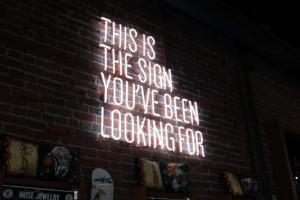