Many users, especially those new to cloud computing often wonder what all the tech buzz words and abbreviations mean. While you don’t really have to be an expert in cloud computing to sign up for a subscription, it’s important to understand the meaning of key terminologies and acronyms related to the trade. Software as a Service, often referred to as SaaS has been steadily gaining momentum and small and medium businesses have also started benefiting from modern technology.

SaaS allows businesses of all sizes to add software functionality into their operations without having to buy expensive hardware and invest in software (and maintenance). While large enterprises have all the resources and human capital to develop and manage their own IT infrastructure, small and medium businesses have limited financial and technical resources. SaaS played an important role in leveling the playing field and has been narrowing the technology gap between SMBs and large enterprises.

Just like any other industry, cloud computing also has its own fair share of technical jargon and abbreviations. However, most of them are pretty easy to understand, while some are very important to know when signing up for a subscription. Although the list of abbreviations and terminologies related to SaaS is actually quite long, this post focuses on the most important ones. Let’s start with SaaS itself before moving onto other terminologies.

Software as a Service: A software delivery method in which the user/business can access the software over the internet using a web browser. This means the software is hosted and maintained by the provider on its own servers. In other words, a user essentially rents the software (on a monthly/quarterly/yearly basis) instead of buying it and paying a large upfront amount. The provider is responsible for hosting, maintaining and troubleshooting the software, while it also needs to ensure near-100% availability.

SaaS offers many benefits over traditional or installable software, including:

SaaS is a subset of cloud computing, which refers to computing performed in the cloud aka over-the-internet computing. The concept of cloud computing has been around since the early 2000s (mainstream) and involves a network of remote servers to store, process and manage data over the internet. It allows providers to deliver on-demand computing services, including storage, apps, and raw processing.

Instead of purchasing their own servers and building IT infrastructure, users can rent access from providers and pay on a monthly/quarterly/annual, etc. basis. Many companies are transitioning to cloud computing and offering their apps as over-the-internet services instead of standalone installable products. The advantages of cloud computing, in general, are the same as that of SaaS, while SaaS also shares the inherent disadvantages of the technology such as less control over processes and more cost in the long run.

Users pay for what and when they use services, which saves them from the complexity of building and managing everything themselves. Cloud computing has evolved since its early days and now includes a variety of services, including storage, raw processing, networking, artificial intelligence, natural language processing, office apps, CRMs, computer-aided design and more. Some of the most popular consumer-level examples of cloud computing include Google Apps, Adobe Creative Cloud, Office 365 and Netflix.

The main reason it’s called cloud computing is arguable because the location of the server, hardware, and OS being used and other details are largely irrelevant to the user. The term ‘cloud’ isn’t something entirely new as it was used in old telecommunication network schematics to represent the underlying technologies, which the end users were not really concerned about.

geography in the cloud computing

While many believe geography is irrelevant in the cloud computing business, it actually does matter. If the servers are located far away from where most users are trying to access the app, they’ll certainly face latency issues i.e. it’ll be sluggish. Data sovereignty is another issue to consider as users also have to keep in mind where their data is being stored and processed.

For example, EU-based businesses might be worried about US law enforcement agencies accessing their data stored in the servers operated by US companies. Since cloud computing regulations vary greatly from country to country, it makes sense to carefully consider the provider’s country of origin and physical location of its servers.

In addition to SaaS, other subsets of cloud computing include IaaS (Infrastructure as a Service), PaaS (Platform as a Service), BPaaS (Business Process as a Service), Cloud Management and Security Services and Cloud Advertising.

Tucked safely away behind the enterprise firewall, a private cloud provides large businesses with more control over their data and processes than ‘normal’ cloud computing. Private cloud is mostly used for PaaS and IaaS projects, providing developers with access to the computing power they need to deal with projects that require a lot of computing power. However, only a few companies can afford to match the scale and security of large platforms such as AWS, Google and Microsoft.

Hybrid cloud technology makes more sense for most businesses since some of their data is in the public cloud, while some projects are in the private cloud. Hybrid cloud can also involve multiple vendors and various cloud usage levels, which helps in planning and recovering from a disaster and avoiding buying costly hardware.

The costs related to moving data from existing applications/systems to the cloud. Migration costs depend on the scale of the projects, while some businesses might have to completely re-optimize their data for cloud apps, which could result in abnormally high migration costs.

App integration or just integration refers to the connection between different systems/software/platforms, allowing users to connect their existing data with multiple systems. For example, if you already have a contact list of thousands of people, it makes no sense to create a new list for all the software you use. App integration allows you to use the existing contact list with different software such as email marketing and leads management systems.

The Service Level Agreement is the most important (and often ignored) agreement that specifies what to expect from the provider and its responsibilities. No matter how boring the SLA sounds, everyone should read and understand it before signing up for anything. The SLA includes things like service availability and uptime (usually something like 99.99%), mean time to respond and repair, the escalation path, penalties and exclusions, and contract termination terms.

This terminology is the rate at which subscribers cancel their recurring SaaS subscription. Given as a percentage, a 10% churn rate means 10 out of 100 subscribers have canceled their subscription during a specified time period.

Used for revenue forecasting, lifetime value is the average revenue a provider can expect from a subscriber until he/she cancels or leaves the service.

Bookings are the total contract worth, which is especially useful for providers offering lead generating apps and provides a fair idea of how the service is working for its clients. The bookings number helps determine the number of customers signing up during a specified time period.

Some SaaS providers are able to offer cheap subscriptions by putting a lot of customers on a single database. This also means if the shared database gets hacked, you also risk compromising your own data as its being shared with other users. While sharing is more economical and makes sense for SMBs, you’d want to ensure that the provider securely ‘partitions’ each instance. Multi-tenant solutions usually also translate into less customization and authorization and fewer feature upgrades.

PS: Single-tenant SaaS, on the other hand, provides each customer with their own instance of the app and architecture, but it costs more and can result in inefficient use of resources. However, it offers better privacy and works better for large enterprises.

Like Bring Your Own Device (employees use their own devices), Bring Your Own Cloud refers to using 3rd party cloud apps for specific purposes instead of solely relying on a company’s IT resources. For example, employees use Google Drive or Dropbox for sharing files and MailChimp for email marketing.

Desktop as a Service allows users to operate desktop OSs, which are hosted within virtual machines. Users can easily access an OS instance using their own computers, but things aren’t perfectly standardized in this business and many providers offer their own form of DaaS.

Cloud-bursting allows businesses to use the provider’s system when their own IT infrastructure reaches the maximum utilization level. Cloud bursting helps businesses to effectively and efficiently deal with ‘bursts’ or excessive workloads and seasonal usage spikes.

The ability to move data and apps from a locally-hosted environment to the cloud or between different cloud services providers. Cloud portable apps mean the users are not locked up with any particular provider and can easily move their data.

Also known as cloud storming, cloud spanning refers to interlinking of different cloud services together, either with the same provider or between different providers.

Cloud Sourcing is a combination of cloud computing and outsourcing, which refers to the outsourcing of specific business functions to a provider.

It’s another name for cloud software or apps that run over the internet.

The time it takes for data packets to cross the data connection between the sender and the receiver. The lower the latency the better i.e. less time taken during data transmission. As a general rule of thumb, the nearer the physical location of the server, the lower the latency would be and vice versa. 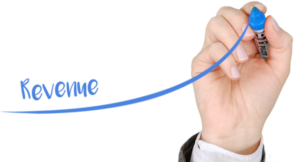