The Definitive List of Top SaaS Blogs and Influencers

If you’re looking for the top SaaS blogs and influencers you’ve come to the right place. We’ve decided to put together a killer list, categorized and organized to help you find and consume world-class SaaS and subscription content from the best people and companies in the market.

The list is organized into four categories: entrepreneurs, venture capitalists, communities, and companies. Each entry includes social media links, tags with their specialties, and details about why they made the list. Keep in mind there’s no specific order of appearance.

Of course, the list went through a personal validation and it’s totally subjective to say if someone should be listed or not — but it’s important to notice that we used a large number of references to compile the list, including Medium posts, Quora answers, Linkedin groups, Twitter lists and more. If you believe we missed any specific profile please feel free to leave a comment and we’ll discuss that.

As you can imagine this list may vary over time, but instead of updating it I’ll make sure to write another post next year.

Founder and CEO of Close.io, Steli is a well-known reference for startups and B2B sales and prides himself on being a hustler. He writes frequently at Close.io’s blog, has many videos published at Close.io’s YouTube channel, and also presents The Startup Chat podcast.

Brian is the founder and CEO of HubSpot, a super hot startup founded in 2006 in Boston that went public in 2014 — leading the marketing automation market worldwide. Brian is pretty active on twitter and has also written a book with his HubSpot co-founder Dharmesh Shah.

Originally from Dublin, Ireland, and now living in San Francisco — Eoghan is the founder and CEO of Intercom, one of the hottest SaaS startups out there tackling the customer communication problem for SaaS. He tweets at lot and also writes at Intercom’s blog.

Co-founder and Chief Strategy Officer at Intercom together with Eoghan McCabe, Des is a frequent writer at Intercom’s blog and very active on twitter. He’s also a frequent speaker and recently participated in an AMA with the Product Hunt community.

Stewart founded Flickr that was later acquired by Yahoo! where he became Sr. Director of Product Management. After leaving Yahoo! he founded Slack, possibly the hottest startup out there. Stewart has an active twitter profile and also writes at Medium.

Peter if the co-founder of Segment, a San Francisco based startup graduated from Y Combinator that raised $15M to create a customer data hub solution. Peter has his own personal blog, writes on the Segment’s blog, and also tweets a lot.

Danielle is the co-founder and CEO of Mattermark, a platform that provides the premier database for private companies and startups. Danielle is very active on twitter and shares her thoughts on medium regularly.

Alex became famous in the SaaS space because of the Startup Journey blog, sharing everything on the journey of his startup Groove, to $500k in monthly revenue. A curious fact is that the blog actually started with a $100k MRR goal, quickly achieved that, and turned to $500k.

Founder and CEO of Box, Aaron is a well-known entrepreneur in the SaaS and cloud space. He’s very active and participates in a lot of events such as TechCrunch Disrupt and SXSW. He contributes to TechCrunch, tweets at lot and can also be found on Quora.

Co-founded CrazyEgg and KISSmetrics with Hiten Shah. Well known marketer and growth hacker, writes great content about inbound and content marketing at his personal blog and at Quicksprout’s blog. Neil is also a frequent speaker in a number of SaaS and startups events.

Parker is the CEO and funder of one of the fastest-growing startups ever. His company, Zenefits, took less than 8 months to reach $1M ARR. Recently they raised $500 million Series C round of funding at a post-money valuation of $4.5 billion. You can find Parker on twitter.

Although Marc is not an active blogger, it’s impossible to make a list of top SaaS influencers and not include him, since he’s the CEO of Salesforce.com, the most valuable SaaS company in the world. Marc is active on twitter, and you can find tons of interviews with him online.

Aaron Ross is not a CEO nor founded any company, but who cares — he’s the guy that built the process that brought Salesforce.com $100M in extra revenue. He later wrote about that on a best-selling book called Predictable Revenue. He writes on his blog and is also active on twitter.

The most well known SaaS thinker and writer. David’s web site has some priceless articles including “SaaS Metrics 2.0 — A Guide to Measuring and Improving What Matters“, possibly the best SaaS article ever written. He’s General Partner at Matrix Partners and you can find him on twitter.

Tomasz is famous and well respected in the SaaS space. His data-driven blog posts are vastly shared and considered one of the main sources of Saas’s knowledge on the internet. Tomasz is a Venture Capitalist at Redpoint Ventures, and very active on twitter.

Former CEO and founder of EchoSign, acquired by Adobe. Jason is currently the Managing Director at Storm ventures and the creator of SaaStr, the largest SaaS community on the internet. He also organizes and hosts SaaStr Annual, the largest SaaS conference in the world.

Based in Germany, Christoph is one of the most active SaaS investors in Europe, with some very successful investments such as Zendesk. He’s the Managing Partner at Point Nine Capital, writes a lot of great articles at his blog The Angel VC, and is also very active on twitter.

Brad is a well-known entrepreneur, investor, and writer. He’s the Managing Director at the Foundry Group, as well as the co-founder of Techstars, one of the top accelerators in the world. He has written many books, some awesome articles on his personal blog and also tweets a lot.

Byron is a Partner at Bessemer Venture Partners, one of the leading venture capital firms in the SaaS industry. Their portfolio has companies such as Twilio, SendGrid, Box, Linkedin, Pinterest, Skype, Intercom and more. Both Byron and BVP are very active on twitter.

Lincoln is known as a SaaS marketing genius. Expert on customer success, retention and growth, he’s the founder of Sixteen Ventures. He’s a very frequent writer and also tweets a lot.

Founder and General Partner at Social+Capital Partnership, an early-stage venture capital firm. Mamoon is a board director of many great SaaS startups including Slack, Intercom, and Box. He’s tweets frequently and is definitely worth following.

Scott has been a Venture Capitalist since 2000. He’s the founder of OpenView Venture Partners, a Boston based venture capital firm focused on expansion-stage software companies. Together with other partners he writes some great articles at OpenView Labs.

Created by Jason Lemkin, SaaStr is the largest web community of SaaS entrepreneurs. The core SaaStr content appears on the web site and on Quora, as well as via syndication in Forbes, The Wall Street Journal, and other leading media. SaaStr also hosts SaaStr Annual conference.

SaaS Club is a newsletter for the SaaS community that shares cool SaaS products and SaaS related articles every Monday. Saas Club is currently curated by Vanier Rachel, Content Marketing and Communication at eFounders, a Startup Studio based in Paris, France.

Created by Sean Ellis, early growth marketing at Dropbox and Evenbrite, and also the founder of Quaraloo. Although Growth Hackers is not a community dedicated to SaaS, you can find tons of awesome content for entrepreneurs such as AMAs, videos, discussions and even a job list.

HubSpot provides a tool to manage your inbound marketing efforts, and is definitely the reference for inbound and content marketing, globally. As you can image HubSpot uses their blogs as their number source of leads. They write great articles, white papers and guides.

Intercom is a new generation CRM tool, serving not just for sales purposes but for the whole customer communication space. Their blog, Inside Intercom, has some great posts about, product development, design, and customer engagement/success.

Kissmetrics enables you to optimize your marketing based on metrics, delivering insights and interactions to turn visitors into customers. Their blog is full of resources about this topic including infographics, guides and webinars.

Close.io is one of the top CRMs in the market, automating data collection of sales activities such as calls and emails. Close.io’s CEO, Steli Efti, writes many great articles about sales, has an awesome free startup sales course as well as a lot of short videos on their YouTube channel.

Buffer is a social media scheduler and help you share to Twitter, Facebook and other social media. They’re well known for being insanely transparent, both within the company and to the public. On their blogs you can find everything from legal documents to current buffer metrics.

Saasmetrics is a software that helps SaaS and subscription companies to keep track of all the important metrics of their business. Our blog contains a series of comprehensive posts about metrics and a wiki with detailed description and formulas of many SaaS metrics.

Groove is a simple help desk software for small teams. They have an incredible blog sharing their journey to $500k in monthly revenue, and after it’s success they’ve created two other blogs, one about customer support and another one specifically for the product. 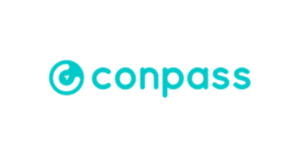