Last Friday we wrote an update on a “plot twist” on the STONE/LINX acquisition, with TOTVS making an offer.

But, what we didn’t expect — was another big player moving on Linx. Well, we’ve seen Stone making an offer of R$6b, last week we saw TOTVS making a raise, pointing to the amount of R$6.1b mixing cash and stocks. Rede is a natural potential acquirer.

While Stone`s offer was on R$6b mostly on cash (90%), TOTVS offered R$6.1b in a mix of cash plus stock with a much higher stock potential upside on top of it. According to BTG Pactual, the “(…) transaction will involve a merger of shares, with each Linx common share being converted into one newly issued Totvs common share plus a cash payment of R$6.2/share. In terms of value, Totvs’ offer doesn’t differ much from Stone’s (R$33.97/share vs. R$33.71/share using Friday’s closing price).”

Now, Rede — a subsidiary company from the bank Itaú is rumored to be offering R$7b for Linx, raising the competition even more for the retail tech company, according to a report from BTG Pactual.

In the end, the company captures 40% of the R$89 billion that is processed by Linx’s TEF solution.

With information from NeoFeed, in a conference call with analysts, Linx confirmed the data and said that the volume of the Network is more than twice as high as the second place, Cielo, linked to Banco do Brasil and Bradesco. Santander’s Getnet is the third.

If Linx were absorbed by Stone, the other acquirers would probably be overlooked in offering a platform to retailers. With the offer of Rede, both Stone and Totvs should raise their proposals. But, according to a market professional with whom NeoFeed spoke, the deal makes more sense for an acquirer.

That way the path would be open to Totvs raised it to offer, once it is known that Totvs has a pretty extensive track record with M&As. In the past the company had acquired and plugged in its main competitor, Datasul, just to name one player from the list.

The main reason why Totvs is interested in Linx is by the possible overlapping between clients and the huge upside of a data lake that might be built on top of both tech companies.

Let’s see what the future has for Linx and all its potential buyers. Should we expect Getnet and Cielo to join the table in a bidding war? 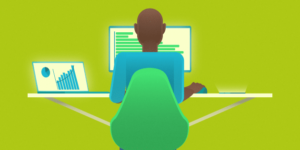