Final day at #SaaStrAnnual 16′. This was the best event that i attended as a SaaS founder. If you want to review the previous days, here’s my notes:

Key insight: If you can get to U$1m in ARR you are smart enought to do it. The question is: Do you want a put the effort it?

Key insight: Ignore the competition. Let them chase you, do your own thing.

Scaling from 30–1,500 in SaaS: Lessons From the Frontlines — Kirsten Helvey

Key insight: Be transparent, polite, work hard to help everybody to develop their self awareness sense.

Don't be a product company. Be a client company. -Kirsten Helvey #SaaStrAnnual

For me, a defining moment was when I realized "I don't need this, I could leave it I want – but I didn't WANT to" @kirstenmaas #SaaStrAnnual

Key insight: It gets easier the second time. The product might change, you might have different customers, but your first time mistakes will happen way less often. The second time, you have a draft playbook, at least.

We helped folks develop their strategy first, then when it was time for a product, they thought fo us as their thought partner. @akennada

Freemium doesn't really work at @Box. It's there, but that level on engagement is needed. @levie @BOX #SaaStrAnnual

If you're developing a new category, you should be having conversation with the community about the category. @levie @BOX #SaaStrAnnual

As a leader of a company, you are responsible for the brand. Be passionate about it. @menaka @Betterworks @BOX #SaaStrAnnual

Key insight: Take bets when you hire. Get information to make informed bets. Buy a lot of coffee.

You usually have 2 choices – safe, experienced, not so risky hires. Or maybe a bit riskier, but w/ potential to be AMAZING. @rabois

Sometimes employees don't know who they work for. You have 2 bosses with a CEO/COO. @jasonlk #SaaStrAnnual

If a COO hates doing something, take it off their plate and let them do what they love and thrive at. @rabois @khoslaventures #SaaStrAnnual

Design around how to get the most leverage out of your most valuable people. @rabois @khoslaventures #SaaStrAnnual

You've got to figure out how to assess people and mentor them to succeed. @rabois @khoslaventures #SaaStrAnnual

How to Break Out and Really Scale — Dan Siroker, Ajay Agarwal

Key insight: The last thing you wanna do, is what other companies have done.

Adobe was great at sales and marketing, so we said okay, let them be – we'll be great at product. @dsiroker @optimizely #SaaStrAnnual

At google, we'd interview people and have to assess them for their "Googliness." @dsiroker @optimizely #SaaStrAnnual

A weekly all-hands is a great idea and helps reinforce the culture. @dsiroker @optimizely #SaaStrAnnual

Finding ways to scale the transparency of our culture is an ongoing process. @dsiroker @optimizely #SaaStrAnnual

The last thing I want to do is the same thing every other company has done. @dsiroker @optimizely #SaaStrAnnual

I never allow anyone to say "Well, at Saleforce, we…" We're not going to do things their way. @dsiroker @optimizely #SaaStrAnnual

Key insight: Ask the hard question. Are we excited for this next stage? Am I? Are we good technical fit? Can I do it? If not, it’s important to refresh the company.

Assume positive intent. Assume the person across the table is good & means well. Disagreements are often due to lack of context @crazyfoo

One of our execs self-selected and decided he was best at and most passionate about early stage. @spdholakia @sendgrid #SaaStrAnnual

.@twitter is super interesting. The attitude within the company is "I can't believe the whole world doesn't use Twitter." @crazyfoo

If every one of your employees live and breath your mission and vision, you can find ways to finance it. @spdholakia @sendgrid #SaaStrAnnual

PR Playbook: The Real Truth. How to Get It. What It Means — Ed Zitron, Erica Lee, Sarah Frier, Colleen Taylor, Matt Weinberger

If your launch strategy is founded in getting press, you need to rethink that. @sarahfrier @bloomberg on PR at #SaaStrAnnual 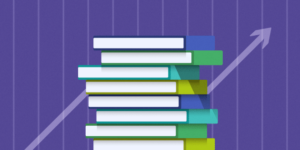